The building was financed by the Countess of Plymouth at a cost of £10,000 and replaced a smaller church on  the same site (there is written evidence of a church in Penarth from 1242).

The interior of the church has changed relatively little since 1866.  Butterfield was also responsible for the stained glass window above the altar and also for one of the windows in the porch. 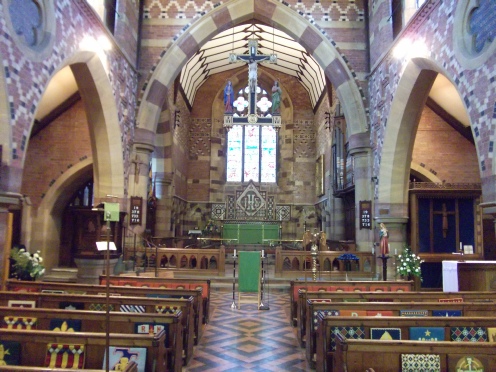 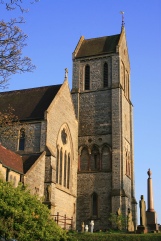 This magnificent church was completed in 1866 having been designed by the famous Victorian architect, William Butterfield.

Twentieth-century architects have variously described it as "one of Butterfield's most moving love-poems" and as one of his best "polychromatic churches".